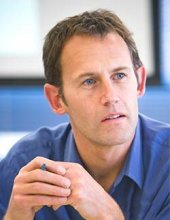 Jonathan Star is a meeting designer and facilitator, specializing in scenario planning, a technique which uses stories about the future to change the minds and actions of teams so that they are better prepared for tomorrow.  He worked at GBN, Monitor and Deloitte Consulting before starting his own independent practice, Scenario Insight, in 2014.  He helps clients explore issues such as the future of healthcare, higher education and climate change. He has also lectured at UC Berkeley, where he taught a Masters program in Data Science. Earlier in his career, Jonathan worked at London Business School, conducting research into business strategy and long-term corporate success. He holds degrees in Business Economics from the University of Nottingham and the University of Warwick in the UK. 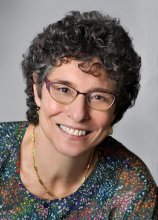 AnnaLee Saxenian (Anno) is professor and dean of UC Berkeley’s School of Information and has a joint faculty appointment with the Department of City and Regional Planning. Her latest book, The New Argonauts: Regional Advantage in a Global Economy (Harvard University Press, 2006) explores how and why immigrant engineers from Silicon Valley are transferring their technology entrepreneurship to emerging regions in their home countries—Taiwan, Israel, China and India in particular—and launching companies far from established centers of skill and technology. The “brain drain,” she argues, has now become “brain circulation” — a powerful economic force for the development of formerly peripheral regions that is sparking profound transformations in the global economy. Saxenian is also author of the widely acclaimed Regional Advantage: Culture and Competition in Silicon Valley and Route 128 (Harvard University Press, 1994). Other publications include Silicon Valley’s New Immigrant  Entrepreneurs (Public Policy Institute of California, 1999), and Local and Global Networks of Immigrant Professionals in Silicon Valley (PPIC, 2002). She holds a Ph.D. in political science from MIT, a master’s in regional planning from UC Berkeley, and a B.A. in economics from Williams College.